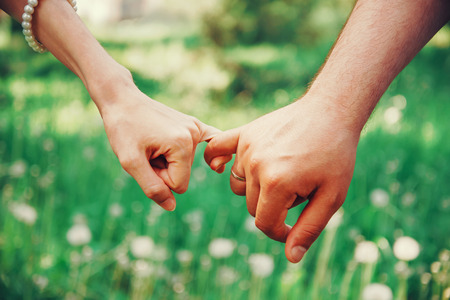 Ah, the feeling of love. If you have a teenager you may not want to hear “I’m in love!” Because if you’ve been around the block a few times you know that heartache will likely be just around the corner. Well, adults have these issues too.

“Among the feelings that must be so disciplined is the feeling of love,” according to M. Scott Peck the author of The Road Less Traveled among many other famous books.

Real true love doesn’t happen quickly or at first sight. That is infatuation, not love. Love costs you something. It takes energy. Peck continues, “Genuine love involves an extension of oneself, vast amounts of energy are required.”

In my first wedding ceremony (I’ve had two.) I insisted that the following quote from The Prophet by Kahlil Gibran be included.

But let there be spaces in your togetherness,
And let the winds of the heavens dance between you
Love one another, but make not a bond of love:
Let it rather be a moving sea between the shores of your souls.
Fill each other’s cup but drink not from one cup.
Give one another of your bread but eat not from the same loaf
Sing and dance together and be joyous, but let each one of you be alone,
Even as the strings of a lute are alone though they quiver with the same music

Give your hearts, but not into each other’s keeping.
For only the hand of Life can contain your hearts.
And stand together yet not too near together:
For pillars of the temple stand apart,
And the oak tree and the cypress grow not in each other’s shadow.

I’m sure some would argue or debate those words. Not, however, those women who have lost themselves in their love for another. Women are much more likely to do this then men.

Even when I first married I had a sense that I would lose myself in marriage, especially that marriage. And I did. That happens when a Popular Sanguine people pleaser marries a Powerful Choleric with a strong and condescending nature.

Healthy emotional individuals are comfortable with their separateness. They don’t lose themselves in a relationship. They allow the other person to be a separate individual. There is no jealousy or possessiveness.

“When people fall in love, they find that the company of a beloved may have the same pull as any other addictive substance! Spending every moment possible with your significant other or just your new flame can become your major objective and merging your sense of identity into a couple’s identity is pretty normal behavior at the start of a well-developing relationship. However, without providing yourself with the time to be alone with your thoughts, your feelings you sense of personal, not merged, identity, you may lose an opportunity to explore and assess your satisfaction with how this new identity is developing.” Suzanne Degges-White, PhD Learn more HERE.

A core issue that makes or breaks marriages is the false idea that the other spouse is there for you, to do for you, to please you. According to Peck, “The purpose and function of your mate is to grow to be the most of which he or she is capable, not for your benefit but for hers/his own and to the glory of God.”

“The ultimate goal of life remains the spiritual growth of the individual, the solitary journey to peaks that can be climbed only alone.” Peck

Now, many years later, I’m happily married to someone who respects me and gives me space and personal time and I return the favor.