7 Lessons on Assertiveness for Single Moms, and All Women Women can lead and this is one example we can all learn from.

When I was a child the stars of the Bible stories were mostly men. They were definitely one or the other. A better approach is to look at the whole picture. Masculine and Feminine vision (viewpoints) are needed– consider without both eyes you have no depth perception.

Condensed Version of the Story of  the“Wise Woman of Abel”

There was trouble in King David’s camp, a Rebel, named Sheba. Sheba instigated a ‘walk-out.’ All men of Israel left with him. They deserted. The men of Judah stayed with David. David ordered men to pursue Sheba, which they did.

With Joab leading, they tracked him to the city of Abel. As men do, they were battering the walls down when ‘a shrewd woman’ shouted out to them.

“Listen, everybody! Please tell Joab to come close so I can talk to him.” When he had come, the woman said, “Are you Joab?”

“There’s an old saying in these parts: ‘If it’s answers you want, come to Abel and get it straight.’ We’re a peaceful people here and reliable. And here you are, trying to tear down one of Israel’s mother cities. Why would you want to mess with God’s legacy like that?”

Joab protested, “Believe me, you’ve got me all wrong. I’m not here to hurt anyone or destroy anything-not on your life! But a man from the hill country of Ephraim, Sheba by name, revolted against King David; hand him over, him only, and we’ll get out of here.”

The woman told Joab, “Sounds good. His head will be tossed to you from the wall.”

The woman presenter her strategy to the whole city and they did it: They cut off the head of Sheba and tossed it down to Joab. He then blew a blast on the ram’s horn trumpet and the soldiers all went home.

One of my weaknesses is avoiding situations with strong, domineering, self-assured people, even when I am in an appointed position of authority. After I was divorced I found myself dealing with two extremely strong personalities, my ex-husband and his wife. I never came out confident after an encounter with either of them. I have watched women be over bearing and controlling. I knew I didn’t want to be perceived in that way. And I soon became weak in several areas of my life. I would accept responsibilities that I could have declined. I would back down when the other party resisted, even slightly. Sometimes I would over react and swing the other way and become unflinching. But I did not learn the art of being assertive without being obnoxious. It was many years before I realized my own power-power, as in strength and influence. After many long years I learned to art of self-awareness and it has made a huge difference.

Seven lessons women can learn from the “Wise Woman of Abel” 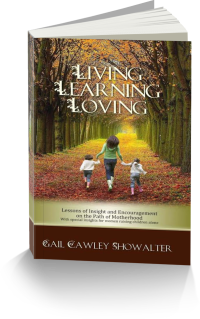